If you look up research done in preschool and kindergarten classrooms, you’ll discover that their abilities to read, write, count, or identify patterns is only indicative of how well they do on tests. But the future success of our young children is closely linked to their social-emotional skills.

In a study done in Michigan, high-poverty children were split into different preschool groups, and home visits were made every two weeks, during which teachers encouraged parents to follow the same methods used in the classroom. Researchers followed up with the kids at ages 15 and 23. By these ages there were no significant differences in academic skills, yet, at age 15, those in the group where direct academic instruction was encouraged “had committed, on average, twice as many ‘acts of misconduct’ than those” in the play-focused groups, and by age 23 those in “the Direct Instruction group had more instances of friction with other people, were more likely to have shown evidence of emotional impairment, were less likely to be married and living with their spouse, and were far more likely to have committed a crime than were those in the other two groups. In fact, by age 23, 39% of those in the Direct Instruction group had felony arrest records compared to an average of 13.5% in the other two groups; and 19% of the Direct Instruction group had been cited for assault with a dangerous weapon compared with 0% in the other two groups” (source).

It appears that if our young kids don’t learn positive social skills and emotional regulation, they are unlikely to learn it later, and it will impact them into adulthood. That is really motivating for me to keep my priorities for my kids right! So what are social-emotional skills? “the ability to identify and understand one’s own feelings, to accurately read and comprehend emotional states in others, to manage strong emotions and their expression in a constructive manner, to regulate one’s own behavior, to develop empathy for others, and to establish and maintain relationships” (source).

Gaining these skills is a normal part of growing up, but there are some things we can do to improve our kids learning in this area. Don’t forget to counsel with the Lord when setting goals for your kids growth!

1) Focus the most attention and energy on learning these skills. It is so easy to get caught up in emphasizing what the schools want our kids to learn. We want them to be successful so we spend so much energy preparing them for the academic part of school, but make sure that your kids know what you really value! Make sure you emphasize (and make time for!) their social-emotional learning. There is a whole lifetime to learn what the schools have to offer, but let’s start our kids out on the right foot by giving them the skills they need to be successful.

2) Read Teaching Children Joy or join a Joy School Co-op. We have absolutely loved doing  Joy School, a preschool program focused on teaching kids to be joyful, from the Joy of Honesty and Communication to the Joy of Obedience and Decisions it helps kids learn a ton of social-emotional skills. Learn more about Joy School here. Read the book by Richard and Linda Eyre for free here. It’s sixth on the book list.

3) Manage books and technology. As I’ve learned to pay close attention to the way relationships are portrayed in books and TV shows my kids watch, I have grown pickier about the ones we use. I avoid bad examples, unless it becomes obvious later that the person has made a bad decision. I take time to talk about interactions with my kids so they learn what is appropriate. One psychology study showed that preschoolers cannot decipher the complex roles of superheroes, and “children who frequently engage in superhero culture are more likely to be physically and relationally aggressive one year later,” and were NOT “more likely to be defenders of kids being picked on by bullies and were not more likely to be prosocial” (source).

4) Role play positive behavior. Kids do need instruction on the best way to handle difficult social situations and big emotions. I am always amazed at the impact role plays have on my kids’ abilities. They have a really hard time mastering good behavior when they’re upset, but role playing when they’re happy helps them internalize good behavior. Two of our kids’ favorites are puppet shows (I go all out and crouch behind the couch—making sure to animatedly move the talking puppet), and when Mom and Dad role play the bad behavior and they come up with a better behavior. (There is something really funny about watching Mom and Dad act bad, ha! And I love getting them to think about better ways to solve problems.)

5) Prepare them for new situations. Tell them what to expect and how to handle things that might happen. Our communication with our kids is important for their learning the script of social situations. I’ve learned that I can’t expect my kids to know how to act until I explain it to them. It seems like common sense, but I think we forget sometimes (at least I do!).

6) Play, play, play! Kids learn best through play, that is how they are wired to learn. I can’t tell you how often I have heard my daughter acting out experiences with her dolls. I know she is learning to navigate so many emotions and social situations as she plays.

New research is trying to prove that academic instruction for little kids does not diminish the learning of social-emotional skills, when kept within bounds and balanced with play. This may be true. I would encourage parents to be the ones who focus on social-emotional skills, don’t get caught up in the academic trap. Show your kids that what matters to you is their behavior, and your trust that they will learn the academics in time.

Still worried about the social pressure to pursue academics? Read about how I gained the confidence to follow the right path for my kids’ education. The path is different for everyone, but I truly believe the focus should be on whole child development. 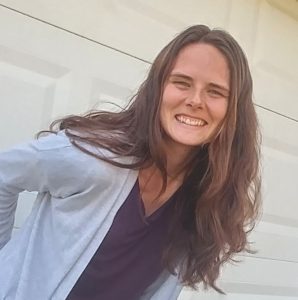